Nokia starts pushing the Android 10 stable update on Nokia 9 PureView. The company is painstakingly working for providing the latest update to its smartphones. HMD Global already mentioned that the stable Android 10 will be available in the Q4 of 2019. Apparently, some users on social media has confirmed that they have received the OTA notification. The update brings all the basic features of Android 10 with Dark Mode and the latest security patch. Here you can Download Nokia 9 PureView Android 10 Update (Firmware).

After successfully rolling out the Android 10 on Nokia 8.1, the company has started rolling it on Nokia 9 PureView. After testing the beta version of this newest version of Android, the company starts pushing the update on the camera king, Nokia 9 PureView. The update is currently hauling somewhere in Europe. It bumps up with the anticipated system-wide Dark Mode, which helps you in saving battery juice.

Talking about some other features then, It comes with smart reply, new navigation gestures, improved privacy and location controls, family link alongside with all the basic features of Android 10. The OTA weighs around 1.4GB in size with version number V5.13D. From the below section you can download the OTA firmware for your Nokia 9 PureView and then sideload to taste the Android 10. Now let’s take a look at the changelog. 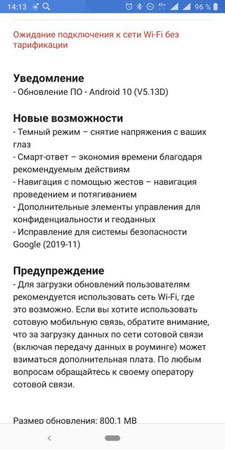 The stable Android 10 is now available for Nokia 9 PureView, but this is an OTA and it may take some time to hit every single device. But if you’re in a haste then you can manually update your smartphone to the latest version of Android by download the OTA from below-mentioned link. Other than the features, the update comes with November 2019 security patch. Here’s the download link.

How to Update Nokia 9 PureView to Android 10

Now your Nokia 9 PureView is running on Android 10. You can also try to update using ADB sideload method.

If you’ve any query in your mind then, leave your queries in the comment box. Also, share this article with your friends on social media.

The latest iPhone, iPhone 11 lineup bears a bunch of stock wallpapers both the light and dark versions. If you are fatigued using these...
Read more
Downloads

Samsung Galaxy A30, followed by the Galaxy A30s are one of the best selling budget smartphones of last year. Both phones are jam-packed with...
Read more
Downloads

The latest iPhone, iPhone 11 lineup bears a bunch of stock wallpapers both the light and dark versions. If you are fatigued using these...
Read more
Android

Redmi K20 Pro is one of the best budget flagship smartphones and it features a display with a 60Hz refresh rate. And many of...
Read more
News