The Samsung Galaxy J7 Nxt was announced in the second half of 2017 and ran on Android Nougat 7.0. The phone subsequently received the Android Oreo 8.1 update in 2018, and now Samsung starts rolling out the Android Pie 9.0 update. Not only this, but the phone also got the latest security patch, new features, with software improvements. And here’s the step by step manual guide to download and update Samsung Galaxy J7 Nxt Android Pie update. 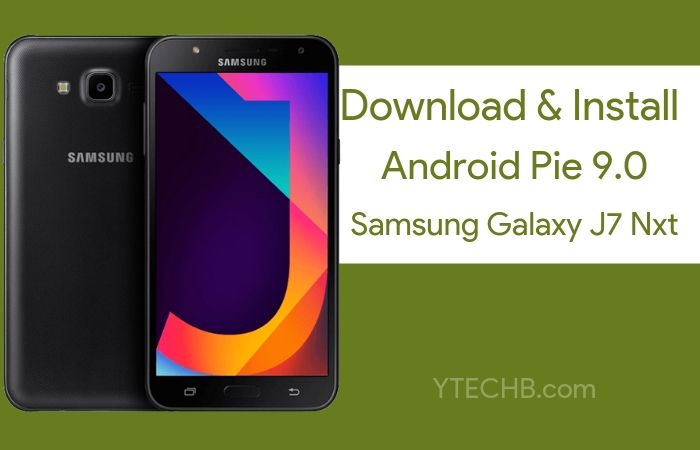 The sibling Galaxy J7 Pro already taste the Pie last week. Now the company has started rolling out One UI based Android Pie 9.0 for Samsung Galaxy J7 Nxt, which is an upgraded version of the predecessor Galaxy J7 (2016). Samsung has done a very good job in providing the major updates to their budget smartphones. Not many budget phones will get the latest updates, but luckily the Galaxy J7 Nxt users can taste the Pie with One UI.

Samsung starts rolling out the update in Thailand and will be rolling out soon for other countries. Various things have been changed with One UI based Pie updated, it boasts new features like Adaptive brightness, Adaptive battery, Digital Wellbeing, new Google Camera and few more. Along with Android Pie goodies, it also got One UI based features like the Dark Mode, Bixby Routines, Net Gestures, and floating mode.

The Android Pie OTA update for Galaxy J7 Nxt (SM-J701F) is size above then 1GB, and it has the latest Android security patch of May 2019. The update has build number/version of J701FXXU6CSF1. Sadly, we haven’t got hands on the changelog yet, but are in a lookout for the further details. Now, take a dig into the installation process and the instructions.

The Samsung Galaxy J7 Nxt gets the One UI based Pie update via over the air if you’re not able to update your phone. Then, you can simply download the firmware for your smartphone from the below-mentioned download links. Well, Like other updates, this update will definitely improve the overall performance of your smartphone. So, download J701FXXU6CSF1 firmware and follow the instructions carefully.

After rebooting the phone, you can start using the One UI 1.1 based Android Pie 9.0 on the Galaxy J7 Nxt.

If you’re facing any issues while updating, then you can leave the comments in the below comment box. Also, Share this article with your friends.

One of the most peculiar things about the iPad is that it comes with only a few built-in wallpapers. And there are only a...
Read more
Downloads

Realme released its latest budget centric smartphone in the form of Realme C3. And one of the main attractions of the smartphone is the...
Read more
Downloads

Google Earth is one of the great programs by Google which shows the earth's 3D representations. It uses satellites to deliver original view of...
Read more
Android

Samsung has refreshed it's famous customization plugin - Good Lock to Good Lock 2020.  The latest version of the app comes with the sport...
Read more

Last year, Microsoft showcases its upcoming foldable smartphone, dubbed as Microsoft Surface Duo. The Surface Duo is one of the most anticipated devices by...
Read more
How To

In our last Jailbreak guide, we shared how you can jailbreak Apple devices with A11 Bionic chip or lower. But iPhones launched after iPhone...
Read more
iPhone

Samsung's 2020 flagship, the Galaxy S20 series phones dawn a bunch of new features. Not only features, but the new Galaxy S20 phones also...
Read more
How To

iPhone and iPad come with powerful hardware for great performance. When compared to Android phones, iPhones come with fewer features like iPhones have only...
Read more
Downloads