It’s a big update that we covered in Developer beta and all the features of developer beta replicated in public beta. Changes you get to see are animations, new music options, Siri update, new Memoji stickers, and many other features. As it is beta so you can also expect some bugs which are a part of beta so that users can test to find out the bugs which can be fixed in upcoming updates. 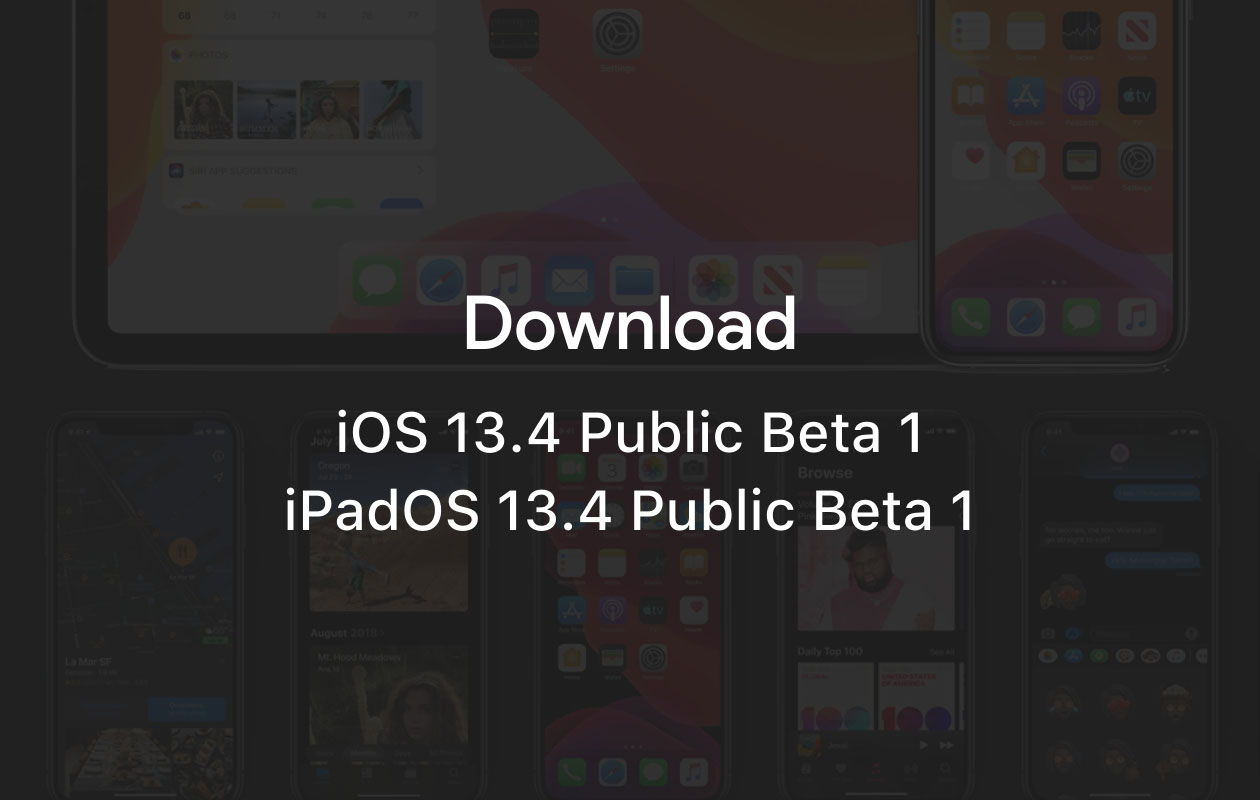 Many bugs that were in iOS 13.3.1 now have been fixed but there are still some bugs remain in the latest iOS 13.4 public beta. As we all know Apple pushes updates in a week or two so we can expect the iOS 13.4 Beta 2 for developers in 2-3 days. But if you don’t have developer account subscription then you can try the iOS 13.4 and soon the second public beta will be available.

To get the public beta you have to first sign up for the beta, but if you already signed up and already using one of the beta then you will get the iOS 13.4 public beta on your iPhone or iPadOS 13.4 on iPads.

So to get the public beta on your iPhone or iPad then follow the below steps to get into beta.

>> It will open the login page and there enter your Apple ID.

>> Accept the agreement page and change to your OS like iOS or iPadOS. And then look for ‘enroll your device’.

>> A pop up will appear on your phone, click on Allow.

>> Restart your iPhone or iPad to apply beta changes on your device.

>> The latest available public beta will be available on the software update page.

>> After install set up for new update and you are ready to roll.

In case if you want to downgrade to the older version then you can manually install the specific version from iTunes or Finder. It requires an IPSW file that you can get on many platforms.

If you have any question on your mind regarding Apple, iOS, iPadOS like jailbreak, next update or anything does let us know in the comment section.

One of the most peculiar things about the iPad is that it comes with only a few built-in wallpapers. And there are only a...
Read more

Samsung is all set to launch the Galaxy Tab A 8.4 2020 soon. It is a mid range tablet that lets you experience the...
Read more
Downloads

Samsung Galaxy A51 is arguably one of the best mid-range smartphones of the year 2020. The Galaxy A51 is billing with a quadruple-camera setup,...
Read more
News

Just a few days ago, Oppo has re-released the ColorOS 7 roadmap. And as per the scheduled date, the company has started testing the...
Read more
Android

How to Flash OTA Firmware on Huawei Phones (All Phones)

Huawei is a big smartphone brand which also includes honor series. There are many popular phones available in the market including some flagship devices,...
Read more
News

Samsung Galaxy A70 Android 10 Update is now available as One UI 2.0 [Stable]