OnePlus 6T McLaren Edition is another power pack smartphone from OnePlus. The smartphone features 6.28″ Optic AMOLED FHD display & runs on Android Pie 9.0 based on Oxygen OS. It packs with octa-core Snapdragon 845 SoC & Adreno 630 GPU for gaming. It is available in 10GB RAM & 256GB of internal storage.

Talking about the camera, OnePlus 6 McLaren Edition packs with dual-lens camera setup on the back with 16MP + 20MP which has a f/1.7 aperture, OIS, 4K video recording, and PDAF support. While the front camera is 16MP with f/2.0 aperture, [email protected] fps video recording support. OnePlus 6T McLaren Edition sports fast charging & has a battery capacity of 3,300mAh. The new Wrap Charge technology has been introduced on OnePlus 6T McLaren edition which is better than the dash charge.

OnePlus 6T McLaren Edition features a beautiful tear-drop notch display with 2340 X 1080 pixels resolution. There are a total of 7 stock wallpapers comes with the phone. All of them are beautifully designed, the colors are vibrant & texture is amazing which make it feel superior as McLaren. Are you acquainted about the wallpapers quality, then the wallpapers are in 2340 X 1080 [FHD+]. So, let’s take a look on OnePlus 6T McLaren Stock Wallpapers Preview.

Note: This is a preview of wallpapers and just for the representation. Preview is not in the original quality so don’t download from images preview. Use the download link given in the download section. 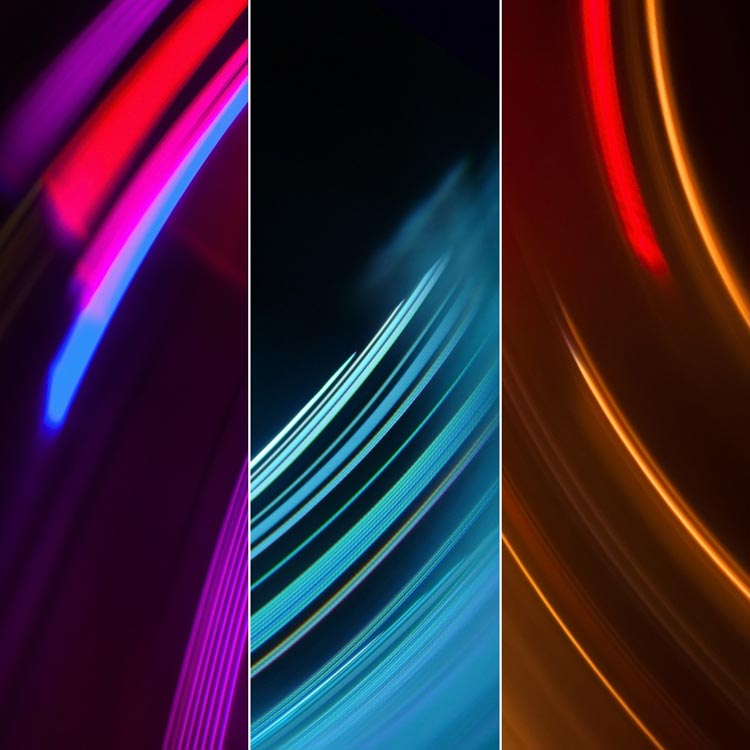 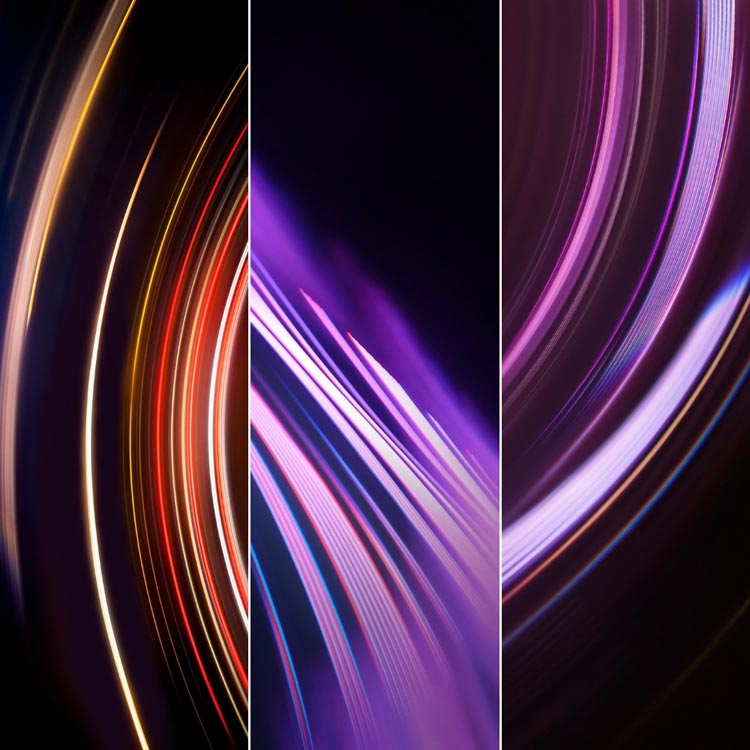 Update (20/12/2018): We’ve added a Live Wallpaper APK to OnePlus 6T McLaren Edition, which you can download on your phone and set as your default wallpaper.

OnePlus 6T McLaren Edition Wallpapers has minimal texture, and all are simple & superior. All the 7 wallpapers are amazing, you can set as your default wallpaper by opening them directly on your phone. Also the real live wallpaper app is added in this article to download. Here we attached a ZIP file to Download OnePlus 6T McLaren Edition Wallpapers, click on the Download button to directly download the file.

After downloading the wallpapers ZIP, open it with any file explorer like ES File Explorer. Then, extract the file and choose your favorite wallpaper, and set it on your home screen or lock screen.

So, Here is the OnePlus 6T McLaren Edition Live Wallpaper APK which packs with all the stock wallpapers. Download now for your phone.

That’s it for OnePlus 6T McLaren Stock Wallpapers. Which one is your favorite wallpaper, let me know in the comment section. Also, share this post with your friends.

Samsung Galaxy A30, followed by the Galaxy A30s are one of the best selling budget smartphones of last year. Both phones are jam-packed with...
Read more
Downloads

Pixel Launcher is undoubtedly one of the best Android launchers. And It dispenses the fabulous home screen experience. Here you can Download Pixel Launcher...
Read more

Redmi K20 Pro is one of the best budget flagship smartphones and it features a display with a 60Hz refresh rate. And many of...
Read more
News

Realme 5i is the latest budget offering from Oppo's sister brand Realme. Back in August, Last year, the company launched Realme 5 which is...
Read more
News