Samsung released the Galaxy S10, S10e, and S10 Plus this year with an “Infinity-O” display. The camera cutout in the display became one of the main highlights of phone one when developers or graphics designer starts making the wallpapers for the Samsung Galaxy S10 lineup. Yes, these wallpapers are much attractive than others, because it cleverly vanishes the punch-hole. And now Samsung has partnered with Disney for AR emojis, themes, and more. So, you can now Download Disney-Themed Punch-Hole Wallpapers for Samsung Galaxy S10 and S10e. 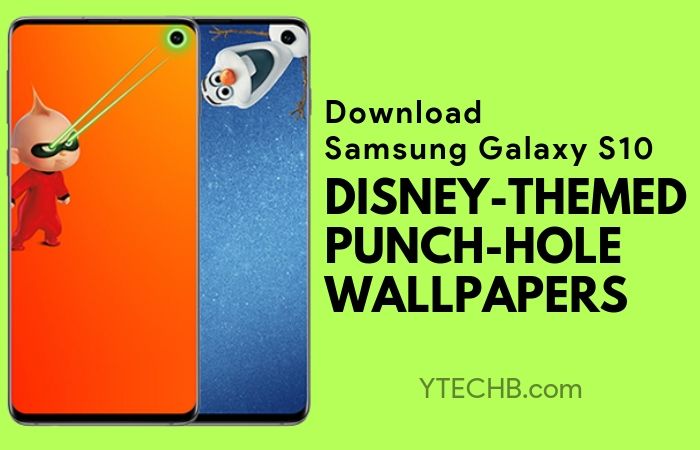 Disney and Samsung have released the five new exclusive camera cutout wallpapers for the Galaxy S10 lineup. All the wallpapers come with the famous characters from Frozen, Incredibles, Zootopia, including Mickey, Jack-Jack, and others. All of them are very amazing and exciting implementations with the punch-hole. But sadly, all the wallpapers are only for Samsung Galaxy S10 and S10e, not for the S10 Plus. Also, the company is working on expanding the collection with collaborating with other big companies.

Not only this, You can Download 100+ Punch-Hole Wallpapers for Samsung Galaxy S10, S10e, and S10 Plus

Once downloaded, you can simply set the wallpaper on your smartphone’s home screen or lock screen and show off the amazing Disney-themed wallpapers. That’s it.

One of the most peculiar things about the iPad is that it comes with only a few built-in wallpapers. And there are only a...
Read more

Samsung is all set to launch the Galaxy Tab A 8.4 2020 soon. It is a mid range tablet that lets you experience the...
Read more
Downloads

Samsung Galaxy A51 is arguably one of the best mid-range smartphones of the year 2020. The Galaxy A51 is billing with a quadruple-camera setup,...
Read more
News

Just a few days ago, Oppo has re-released the ColorOS 7 roadmap. And as per the scheduled date, the company has started testing the...
Read more
Android

How to Flash OTA Firmware on Huawei Phones (All Phones)

Huawei is a big smartphone brand which also includes honor series. There are many popular phones available in the market including some flagship devices,...
Read more
News

Samsung Galaxy A70 Android 10 Update is now available as One UI 2.0 [Stable]