Tip Us
Home iPhone How to Install iOS 13 Beta 1 on any iPhone (Right...

Apple has recently announced iOS 13 in the ongoing WWDC 2019 event. If you are using an iOS device then you must be waiting for this update from a long time. And you will be happy to know that we have found a guide to install iOS 13 on an iPhone right now. The method will work for developers as well as other iOS users. Here’s the step by step guide on How to Install iOS 13 Beta on any iPhone using Mac & Windows.

Apple has officially released this iOS 13 Beta 1 update for developers only, but in case if you are not a developer then also you can install the iOS 13 Beta. Although the iOS 13 public beta will be released in July so make sure to enroll for the beta. We have included two methods one for developers and the second for common users. Of course, the second one is going to be complex because it’s not a method from Apple. Also, you need to make sure of some points if you are upgrading your iPhone to iOS 13 beta (points mentioned below).

iOS 13 comes with a lot of new features which can be the perfect reason to update your iOS device. Apple has done a pretty good job on implementing necessary features that users were hoping. Let’s talk about all the feature one by one. 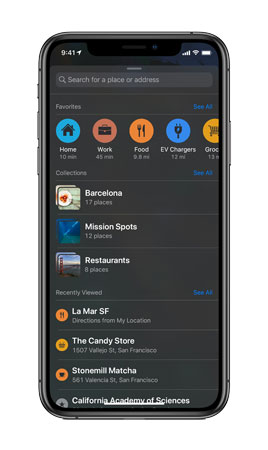 So these are some main features that you will see in iOS 13 beta 1. It’s not a complete list of features included in iOS 13 beta 1. There are many more features that you will see like volume increasing/decreasing animation is now shifted from center to side, new Safari Browser, updated Notes App etc. You must be wondering if the iOS 13 will be supported on your device or not, so check out the list of supported iOS devices.

Which iOS Device will get iOS 13 Update? 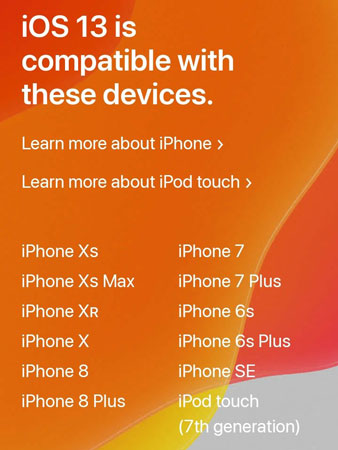 If your device is in the list then you can update your phone to iOS 13/iPadOS 13 Beta 1.

How to Install iOS 13 Beta on iPhones

Apple has announced the iOS 13 with the availability of iOS 13 beta 1 for developers. Apple also mentioned that the Public beta will release after a month. But don’t worry we have the guide by following you can update your iPhone/iPad even if you are not a developer. As this is a beta update you will find bugs and its not stable. So update your phone at your own risk.

Note: Updating to iOS 13 beta is easy but downgrading is very difficult. Also, the backup created in iOS 13 update cannot be restored after degrading.

Downloads (Not for Developers)

How to Install iOS 13 Beta 1 on iPhone using Windows

So this was the step by step guide to install iOS 13 Beta on iPhones with developer account and without developer account. You may find some bugs in iOS 13 beta because its an early build testing version and Apple will never recommend you to download except for developers.

If you have installed the iOS 13 beta 1 on your iPhone then enjoy its features. Also share the guide with other iPhone users, if they want to experience iOS 13. With this, I will finish this guide. Enjoy!