Honor has announced the update and has already accessible by the users in countries like India, Italy, the US, and some more. Well, this update with EMUI 9.0 brings some new features like Intuitive UI, GPU Turbo 2.0, Navigation Gestures, Digital Wellbeing, Huawei share 3.0, and a lot more. So, it will enhance the overall performance of your smartphone. Let’s take a look at detailed Changelog. 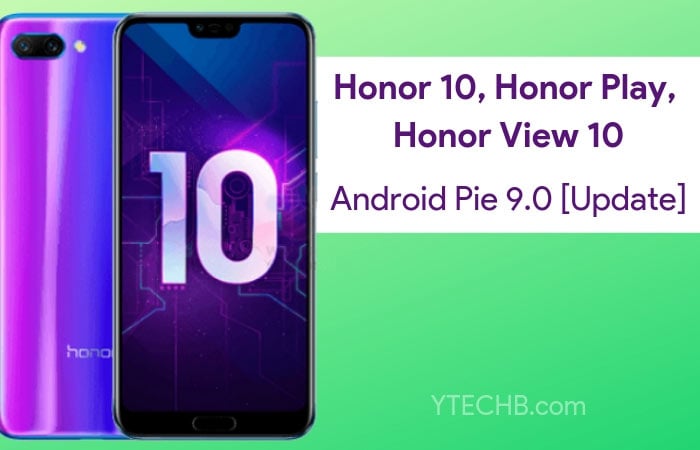 The new Android Pie with EMUI 9.0 will definitely enhance your overall experience. It also comes with the latest December 2018 security patch. As Mentioned, GPU Turbo 2.0, Intuitive design and new navigation gestures, will boost up the device speed.

According to the update announcement shared by Honor, the Android Pie update comes with:

The new update comes with various new features, like the all-new Android Pie OS with changed UI, digital wellbeing, adaptive brightness, adaptive battery and more. The OTA-update package is size around 4.04 GB & for beta users, it’s only 748 MB to download with the build number of 9.0.0.159(C675E3R1P9). So, update your Honor 10, Honor Play, Honor View 10 to Android Pie update now.

Warning: If you install a software update, you cannot use the device, even to make emergency calls, until the installation is completed and the device is restarted.

How to Install Android Pie on Honor 10, Honor Play, and Honor View 10

The new Android Pie stable update on these Honor phones has arrived via OTA (over-the-air) update. OTAs will take some time to hit every single device, so if you haven’t received the update till yet then you can wait for some time.